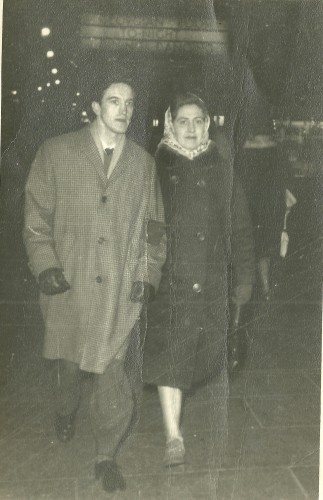 “Here’s Mum and Dad again. Emma (nee Withers) and Michael Sorahan. This was taken in the same spot as the previous photo, outside the Georgian Rooms. This would have been taken while they were on holiday in Dublin, having a rare night out while their daughters were babysat by their Nana. I think it would have been the mid 60s, judging by Dad’s coat which looks familiar. Looks quite cold !”