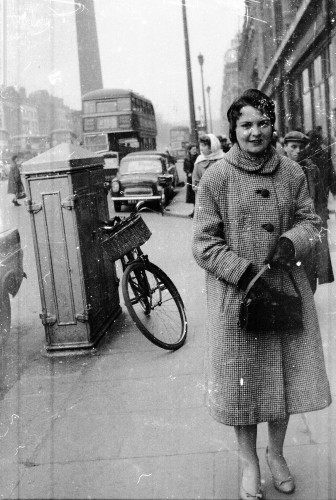 “Martin Mooney bought a camera for a quid in a junk sale. It didn’t work but there was a roll of film stuck inside. Curiosity got the better of him eventually and with the aid of a hammer and screwdriver, he broke the camera open and developed the film. This is one of 18 images he developed underneath the stairs at home. ”